Why Do We Say Kaddish?

For whom is Kaddish recited?
The question, simple as it is, has an answer that is not at all so simple. Kaddish – the prayer that holds the distinction of being perhaps both the most familiar and the least comprehensible of all Jewish prayers. How many times have we spoken or responded to the ancient words Yitgadal v’yitkadash sh’meih raba? It is a sacred shibboleth of our people – binding us together at gravesides, at yahrzeits and, in a few short minutes, at this time of Yizkor.
Technically speaking, Kaddish is a doxology – a liturgical formula in praise of God. Unlike the vast majority of our prayers, Kaddish is not in Hebrew but Aramaic – once the lingua franca of the Jewish world – its text ironically as comprehensible to our predecessors as it is foreign to us today. Originally recited at the conclusion of Torah study, at a certain point Kaddish began to appear at the end of every service and then at different points in the service, spoken or sung by the prayer leader in call and response with the congregation. Strangely, while Kaddish speaks entirely of God’s praise, it does not actually contain God’s name. Curiously, despite its associations with death and mourning, Kaddish makes no mention of mortality, loss, or lamentation. A bit like Kol Nidrei, “The Star-Spangled Banner,” and “Louie Louie,” perhaps more important than what the words of Kaddish mean, or may have meant to the original author, are the emotions those words elicit in us today. This prayer once reserved for scholars and saints is now shared by us all, a prayer invoked in common to recall losses unique to each one of us; ancient words that tug at our souls even as their meaning remains obscure.
So, with all these peculiarities in mind, let us return to the question with which we began: For whom is kaddish recited? 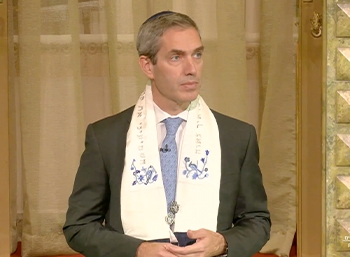 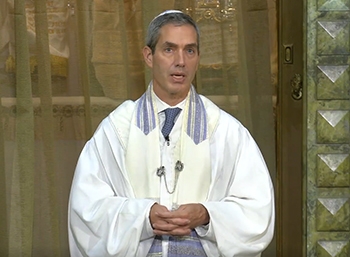