For me and Debbie, for a whole lot of parents of college students around the country, this weekend is Parents Weekend. An annual American fall tradition right up there with Halloween and Thanksgiving, when parents journey to the site of their children’s four-year scholastic residence, bearing first-hand witness to the unkempt conditions in which they live and buying them dinners off menus far surpassing the standards of campus dining plans. Depending on the kid and the campus, it is a weekend filled with intercollegiate sports, parent-child beers, and middle-aged parents beginning every sentence with the nostalgic refrain “back when I was in college.”

So, if you are wondering why I am here and not at the University of Michigan, where my daughter Lucy attends, and where I attended, it is because on the subject of Parents Weekend – as with many parenting matters – Debbie and I take a contrarian view. Why in the world would I choose to visit my child on Parents Weekend? A weekend when dinner reservations are scarce, when the price of a second-rate campus hotel room is equivalent to that of the Maui Ritz-Carlton, and when I will undoubtedly be subjected to an onslaught of well-meaning development professionals asking me to give to an institution that I already proudly support. The Cosgroves have a different view of Parents Weekend, and it goes something like this: On Friday we sent our three other kids to Ann Arbor to visit their sister, with the following instructions: “Have a blast! Sleep on the floor of your sister’s room, see if you can get your sister’s friends’ parents to take all of you out to dinner. Your mother and father, we are having our own parents weekend – alone, here in New York, without you! Lucy, we love you and we will visit you some other time,  when we can get a dinner reservation. The rest of you – see you Sunday night!” A Cosgrove family tradition and one that I recommend to all of you who presently or will one day have children on campus.

In honor of Parents Weekend, and secure in the knowledge that my four children are as removed from this morning’s service as Michigan is from a national title, I want to speak to you about the subject of parenting. I make no claim to be an expert on the subject; on that the jury is still out, and I suppose it will always be. The measure of a parent, after all, is not judged by any single snapshot in time but by the generations. And yet, as the father of four, two at home, two on campus, I think about parenting as much as about anything in my life. My role, Debbie’s role, our shared vision. Thinking long, thinking short: In my case, the joys and challenges that come with raising multiple children wired totally differently – totally differently, for that matter, on any given day. And, of course, the all-important question of the role parent play in cultivating the bonds between siblings – now and in the future. Not all of us are parents, not all of us have siblings, but we are all children of someone. What are the desired outcomes that parents seek? What are the measures of successful parenting? It is a question shared by one and all. 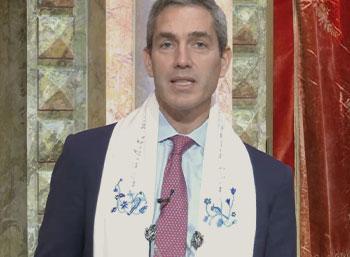 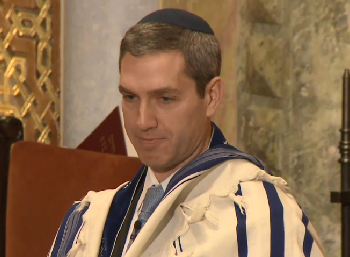