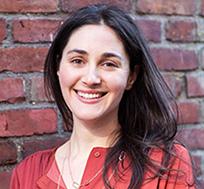 Jennifer joined Park Avenue Synagogue in 2011 after receiving her Master of Arts in Jewish Education from the William Davidson School of Jewish Education at JTS. Earlier, she earned a BA in Sociology from Johns Hopkins University. Jennifer served as a unit head at Camp Ramah in New England and continues to be connected to Jewish camping as a board member of her childhood camp. Jennifer grew up on Long Island and attended the Solomon Schechter Day School of Nassau County and the Solomon Schechter High School of Long Island. A fun fact about Jennifer is that she is the oldest of five sisters! Jennifer’s door is always open to discuss your child and your family’s Jewish journey.

Prior to joining the PAS team, Rachel was the head of the art and photography program and the head of specialty programming at Camp Ramah in the Rockies. Previously, she worked with the Israel Antiquities Authority, the Israel Nature and Parks Authority, and the European Union Designing Safer Urban Spaces project in Israel. Growing up in Jerusalem helped Rachel realize the wonderful and multifaceted aspects of Judaism and Jewish history. She holds graduate degrees in Urban Design and the Conservation of Material Culture and has a BA from the Hebrew University of Jerusalem. Rachel is grateful to be part of the exciting learning environment at the PAS Congregational School. 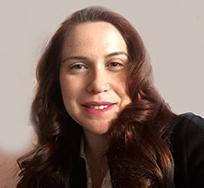 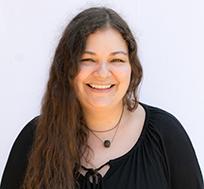 Jessie joined the PAS educational team in July 2018 as Assistant Director for Gan, Alef, and Bet (K–2). Jessie has extensive experience in the Jewish educational world. She has worked as a synagogue educator, a congregational school teacher, and a Hebrew specialist. She has spent summers as a camper and a counselor at Ramah Wisconsin and has staffed several Birthright Israel trips. Jessie earned a BA from the University of Wisconsin–Madison and an MA in Jewish Education from the William Davidson School at JTS. As a part of her MA program, she spent a year in Jerusalem studying at Pardes Institute, where she received a Certificate of Advanced Jewish Studies. Jesse has taken courses in Torah Yoga and in Jewish spirituality. Trained as a life coach and a birth doula, she believes in bringing out everyone’s unique gifts. Jessie is thrilled to share her love of Hebrew, Torah, and Judaism with the children of PAS.

Elana joined our full-time team as the Assistant Director for Grades 6-7 in July 2019 after acting as a teacher and tutor for 4th-6th graders in the previous year. She holds a BA in Hebrew Language & Literature and Sociology from Brandeis University and has extensive experience in the Jewish camping and educational world, working as a teacher and youth coordinator at several Hebrew schools in the Boston area. Elana additionally has a graduate degree in Social Work from Columbia University. Before returning to the field of education, she worked as a licensed clinical social worker in several NYC settings, including New York-Presbyterian Hospital. Elana is so excited to join the dynamic learning environment at PAS! 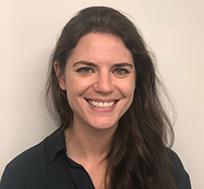 Morah Baila Krainer is excited and looking forward to joining an amazing year at PAS. Morah Baila has been teaching at Orach Chaim for over 20 years. She looks forward to imparting her love of Judaism to all her students.

Adina Golob is excited to be teaching at PAS. She teaches 4th grade at The IDEAL School of Manhattan. This past summer she spend her 15th summer at Camp Ramah as a Rosh Edah. When she is not teaching or at camp, you can find her exploring New York or cooking all different types of food! She is so excited to be part of the PAS team!

Zack Friedman has been teaching at PAS part-time for many years, growing fonder of the community every year. He has been teaching Jewish youth in Manhattan since 2008. Zack holds a BA in Theater Arts & English from Brandeis University and is a graduate of the American Theater Wing program, as well as a participant in the Einhorn School for the Performing Arts at Primary Stages. While his work as a playwright and performer has circulated throughout NYC, his pride in that achievement does not compare to the nachas he feels when he sees his bar and bat mitzvah student take to the bimah. Zack believes in the words of Golda Meir, who advised: “It is not what you gather, but what you scatter, that tells what kind of life you have lived.”

Daisy Waldman is from Tel Aviv. She is a graduate of Montclair State University. In addition to being our Hebrew specialist on Shabbat, she is a Consultant Copy editor and Writer for One Table.

Molli Ben-Gal is excited to be returning to the wonderful team at Park Avenue Synagogue, where she will be teaching 2nd, 4th and 5th grades! She graduated from NYU, receiving a Bachelor of Fine Arts in Drama. Having grown up in an Israeli home, she is excited to pass along her experiences and passion for the Jewish culture to the learners. In her free time, Molli loves writing comedy, reading historical fiction novels, and baking for her friends and family.

Jaffa Nishli currently teaches 3rd (Gimel) 4th (Dalet) and 5th (Hey) grades and is in her seventeenth year as a teacher at the Congregational School. She studied Education and Sociology at the Hebrew University in Jerusalem. Jaffa studied Computer Programming in Queens College, New York. Jaffa teaches at Park East Day School, a Jewish Day School, as a computer teacher and spent many summers as a computer teacher at the NYIT– Horizon Camp in Old Westbury, NY. She worked in The Israeli Mission to The United Nation for six years prior to teaching. She loves and enjoys teaching in Jewish schools.

Milcah Bassel is an artist and educator. Raised in an Orthodox family in Jerusalem, she served in the IDF in an undercover unit before pursuing art studies in Israel and then in the U.S. Milcah earned a Post-Baccalaureate in Studio Art from Brandeis University (2011) and an MFA in Visual Art from Mason Gross School of the Arts, Rutgers University (2013). Her ongoing project “Father Tongue” connects deeply with the Hebrew Alphabet and biblical stories of creation and is influenced by her father’s work as a sofer (traditional Torah scribe). She has exhibited at galleries, museums, and art fairs, both nationally and internationally and is the recipient of several notable awards including the Hadassah-Brandeis Institute Artist in Residence in 2015, and a Bronx Museum AIM fellowship in 2017. Her work was recently listed on Smack Mellon’s 2017 “Hot Picks” and is part of the AIM Biennial at the Bronx Museum of the Arts In addition to being an artist Milcah is an adjunct lecturer at Rutgers University. She is excited to return to PAS.

Almog Pail is an educator and a performer of Israeli origin, with over 6 years of Jewish Education teaching experience in New York. She holds a B.A in Theater Arts from Tel Aviv University. Over the years, Almog has collaborated with several institutes in New York, promoting experiential education through theater, storytelling, and implementing the Hebrew Through Movement technique in grades K-6 . Almog has been an educator at PAS in the past 4 years, and is thrilled to return for 2017/18 upcoming school year.

Aaron Walker is happy to rejoin Park Avenue for a third year. He is in the Master’s program in Jewish Education at JTS. He is a teacher and musician and has a Master's in Food History from University of Toronto, leading to “Aaron's Time-Traveling Jewish Kitchen” at B'nai Jeshurun, a global food history survey. Aaron has been Director of Jewish Education at JCC Camp Interlaken and directed the education program onboard the historic sailing ship Lady Washington, used in "Pirates of the Caribbean." He created a Pokemon-based Hebrew curriculum and makes motion-based games and simulations to engage the Jewish past and present.

Justin Spiro is entering his 11th year at the PAS Congregational School! When he’s not at Park Avenue, he serves as the school social worker for a public high school in Queens. In his free time, Justin enjoys dining with friends and cheering on his beloved Rangers.

Phyllis Marmer is excited to be starting her fourth year teaching at Park Avenue Synagogue. She is looking forward to helping learners start reading Hebrew. Phyllis enjoys helping each child appreciate their Jewish heritage, and loves listening to their stories and opinions.

Israeli-born Eti Rozen has been a music educator for over 25 years. She has worked at the Solomon Schechter School of Manhattan for 10 years. She has taught in K-12 settings, including international schools both in Holland and Israel. Eti graduated with a Bachelor of Music from NY College of Music, which later became the music department of NYU.

Max Beede is excited to spend his third year living in New York City with PAS! Max has taught and tutored learners from grades 1 through 8. He attended Binghamton University and is very grateful for the continuously welcoming atmosphere the PAS community provides. Max enjoys taking walks in the city, meeting new people and playing board games.

Ilana Burgess was born in Hungary and educated in Israel and the United States. She started her career as a social worker in Israel and came to the United States as part of an international program for social workers. For the last 40 years, she has taught in Jewish day schools and Hebrew schools, serving as a Hebrew School principal for 20 years. Ilana embraces the opportunity to work with students at Park Avenue Synagogue. She finds it very satisfying to see the dedication of the students and their love for Israel.

Molly Chess is returning for her 2nd year at PAS as a Shabbat teacher. Molly is an Occupational Therapist working at a Jewish school for children with learning disabilities. She is passionate about teaching Jewish Values and traditions and enjoys the interesting conversations that arise from this. In her spare time, Molly enjoys going to spin class, doing word/logic puzzles, and cooking/baking.

Rebecca Kuznick is excited to be returning to PAS for her 4th year of teaching. She loves being a part of this wonderful Jewish community. When she's not at PAS she is pursuing her career as an actor.

Joshua Marmer is excited to be joining the team and is looking forward to enjoying Shabbat services with PAS learners. He has previously served as the resident adviser for students in the 92nd Street Y Summer Passport Program and worked with children at Temple Israel of Putnam Valley, his home synagogue. He looks forward to teaching the students about their Jewish faith and values, and getting them in touch with Jewish identity.

Hinda Weiss is excited to start teaching at the PAS this coming school year. Hinda is an Israeli artist who recently moved to the city to attend the MFA Visual Art program at Columbia University. Besides her studio practice, Hinda enjoys teaching and creating socially engaged art projects.

Ellen Alt is an artist, educator and community art facilitator. Her mixed media artwork has been exhibited in the U.S, Israel, Germany, Russia, China and England. She is a faculty member in the Education Department at Brandeis University, the Artist-in-Residence at the Park Avenue Synagogue and the art coordinator at the Solomon Schechter School of Manhattan. Her global community projects focus on social change.