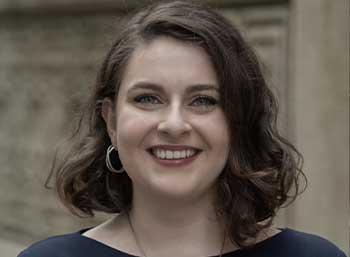 While in cantorial school, she served as the Cantorial intern at Congregation B’nai Amoona in St. Louis; The Brotherhood Synagogue in Gramercy Park, New York; and at Park Avenue Synagogue.

In 2017, Mira graduated from Columbia University, where she majored in music, with a specialty in vocal performance. Mira was interested in music and theatre from an early age. She joined her first choir at her synagogue – Congregation Agudath Israel in Caldwell, NJ – when she was six years old. Mira was also a member of the choir at her high school and of HaZamir: The International Jewish Teen Choir, as well as of HaZamir’s chamber choir. Mira is an active member in two Jewish choirs in New York: Zamir Chorale and Zamir Noded, in which she currently serves as peer coordinator. She has sung solo at Lincoln Center and Carnegie Hall, as well as on the Metropolitan Opera stage.