There is a stunning midrash told by the rabbis of the Talmud (Sanhedrin 38b) about an exchange that took place around the time of creation. God declared to the angelic council: “Let us create man in our image!”

A group of angels stepped forward and counseled: “Lord of the Universe! Consider first humanity’s potential for evil. They will lie, they will murder, they will create weapons to destroy your world. We beg of you – do not go forward with your plan.” But so great was God’s desire to create a human partner that God would countenance no argument. So, God, being God, stretched forth the divine finger, let loose a burst of energy, and zapped the dissenting angels to a crisp.

A second group of angels stepped before the divine throne and made a similar case regarding the human propensity to steal, to cheat, to commit adultery, and so on and so forth. They, too, were zapped by God.

The pattern continued for a few more rounds, the angels predicting all the foibles and frailties of the proposed humans until, finally, the angels grudgingly acquiesced to the divine will, saying: Kol mah she-atah rotzeh la·asot b’olamkha – aseh. Roughly meaning: “God, the world is yours – do as you see fit.” And so, the first human being was created.

Provocative as the rabbinic story may be, what makes it even more remarkable, as my late teacher Professor Yochanan Muffs, z"l, explained, is that we know that all the predictions of the angels would indeed come true. The entire Bible, and for that matter, the entire tale of human history – one human failing after another – is one big angelic “I told you so!” It didn’t take long. “Eat of any fruit of the Garden save one,” God instructed Adam and Eve, a commandment that was breached even as it was still warm. And while the first generation of humanity gave in to temptation and desire, the second generation’s hands were stained with blood. Cain’s killing of his brother Abel was followed by the making of weapons of iron – the very instruments of war. Faster than you can say “Liz Truss,” God regretted having created humanity – regretted, according to the commentators, having ignored the advice of the angelic retinue. Things come to a head this week in the generation of Noah, a generation whose violence, sinfulness, and impropriety was pervasive and entrenched. Every thought devised by the human mind – nothing but evil all the time. A state of affairs culminating in what is one of the most extraordinary verses in the Bible thus far if not altogether: “And the Lord regretted, va-yinahem, to have created humanity . . . .” (6:6) Accustomed as we may be to biblical anthropomorphisms, talking about God’s outstretched arm, God’s mighty hand, and God walking in the Garden of Eden, God feeling regret is a theological leap of an altogether different order of magnitude. God is perfect. God is all powerful. God is all knowing. Regret signals a misstep. Regret signals disappointment over the past. God is God. God does not make mistakes. What are we to make of a God who regrets?

Regret, as Daniel Pink defines it in his book on the subject, is “the unpleasant feeling associated with some action or inaction a person has taken which has led to a state of affairs that he or she wishes were different. In management terms, regret is a feeling “created by a comparison between the actual outcome and that outcome that would have occurred had the decision maker made a different choice.” (p. 17) More than merely identifying a mistake, regret is that feeling in the pit of our stomach when we shuttle between past and present, see the facts of our present circumstance and look back, knowing that had we made a different decision, our present would not only be different, but better. Had we bought that stock, had we kept up with playing piano, had we chosen our words more carefully, had we not gotten that tattoo. Our lives are filled with regrets – big ones, little ones, and ones in between. The feeling of regret is usually placed in the category of negative emotions together with anger, disgust, and guilt. Which is why, as Pink explains, we try to live without regret. A life well lived, as the song goes, is a life with no regrets. In the words of the late, great Justice Ruth Bader Ginsburg: “Waste no time on . . . regret.”

And while I might understand and even appreciate our cultural avoidance of regret – our efforts to deny or suppress all the “would’ve, could’ve, should’ves” we accumulate over our lifetimes – our tradition teaches us otherwise. The Hebrew for regret, as noted, is va-yinahem, as in God regretting having created humanity. That is how the word naham is used in our Torah reading; it is how the word naham is used throughout the Bible in its reflexive, or niphal, form. For another example: Nihamti ki himlakhti et shaul l’melekh, God regretted having made Saul king. (1 Samuel 15:11) But the wonders of the Hebrew language are such that the same root – נ.ח.מ., n-h-m – in its transitive piel form means at least two other things. First, it means to turn away or repent. For example, in the book of Exodus, when God is ready to destroy Israel after the sin of the golden calf, God turns away or repents from the intent to exercise divine wrath. In the story of Jonah that we read on Yom Kippur, naham is used to describe God turning away from the plan to destroy the wicked city of Nineveh. (3:10) And then, even more interesting, sometimes the root n-h-m isn’t used to mean regret or to turn away, but to comfort. When Joseph’s brothers fear that their once-spurned brother will exact vengeance upon them, he calms them: va-y’nahem otam, he comforts them. (Genesis 50:21) When Isaiah proclaims that Israel’s sufferings have run their course, he tells them that God calls out Nahamu, nahamu ami, comfort ye, comfort ye my people. (40:1) When Jeremiah speaks of a “cup of consolation or comfort,” it is a kos tanhumim. (16:7) Think of the Hebrew names Menachem and Nechama, names associated not with regret or turning away, but with the most affirming of human activities – comfort.

Naham, one word with so many meanings: to regret, to change one’s ways, and to comfort. Even if the subtleties of the Hebrew language are not in your wheelhouse, the thread connecting all the meanings of naham sits in plain sight and suggests an alternative way, a Jewish way, to look at regret – as experienced by God and by humanity. Rather than treating regret as a burden to avoid or deny, see it as an opportunity to turn, to change your ways, and, eventually, to be comforted. We need regret, and we need to surround ourselves with people capable of expressing regret, because a person who regrets is a person who is capable of reflection, is a person who is able to acknowledge agency for the missteps of their lives and hopefully self-correct. The inability to regret signals an inability for moral growth and personal growth. The ability to regret signals a willingness, if not insistence, to make the mistakes of our past shape a brighter future. Pink offers the analogy of the photographic negatives that some of us might remember. In the days before digital photography, one would receive a strip of film where the light spots were dark and the dark spots were light; when the image was printed on photographic paper, the light and dark were reversed. Regret works the same way: when we look back, we see the dark spots, but when they are overlaid onto the blank page of our future, the dark spots have become opportunities for introspection, for change, for growth and for light.

As a rabbi, as a parent, as a human being, I am not proud of my mistakes. Regrets – I have more than a few, too many to mention. I don’t post them on Facebook, but I know what they are, in all their squirminess. I try my best to own them, and most importantly, to learn from them. I remember years ago when I was starting out as a rabbi in Chicago, I received a phone call that someone was nearing the end of life, and that a visit from the rabbi would be appreciated. I thought it could wait until the next day. It couldn’t; the person died overnight. I learned that day that there are no second chances for deathbed prayers, which is why ever since, if a such a call comes in, I make sure that person gets a visit then and there. At the other end of life, I remember a young couple, who, soon after my arrival at Park Avenue Synagogue, asked me to stretch beyond my comfort zone and officiate their wedding ceremony; I declined. In the years since, I have wondered if my refusal to be with them under their huppah dampened their willingness to create a Jewish home. I still have red lines; every rabbi of integrity must. But I wonder how I would’ve, could’ve, should’ve done it differently. And I don’t just wonder, I do it differently today, if not for that couple, then because of them, and for couples like them seeking an onramp to Jewish tradition. I have my fair share of regrets – regrets of action, regrets of inaction, misdeeds, misspoken words – in all aspects of my life. I name them, I learn from them, I hope people can forgive me for them, and I grow from them – all with the hope that one day, I will be comforted by them.

All of which brings us back to where we started. Is it possible that an all-powerful God experienced regret? This week, I am heartened by the thought that yes, God can and did feel regret for having ignored the advice of the angels. Because we know that after the Flood, God leveraged that regret into something else, creating a rainbow, signaling God’s willingness to bear humanity’s shortcomings, to suffer our flaws and exist in covenant with us, even if, especially if, we continue to fall short of God’s high hopes. And I think to myself that if God was able to turn regret into comfort, then how much more so should we – a flawed humanity created in the divine image – be willing to do so. To err may be human, but to regret, the Torah seems to be teaching, is divine – not a point to avoid, but the very point itself.

After all, lest we forget, the name of the protagonist of our story is Noah – a name which the Torah explains comes from our self-same root meaning both to regret and to comfort. At one and the same time, Noah is the instrument of both God’s regret and comfort. We stand here today as Noah stood on the deck of the ark following the Flood. The waters of our past failures are receding, but we are not yet sure if it is safe to venture out. We set that dove free, a reminder that the forward momentum of our lives is as much about acknowledging our past as it is about letting go. We live, we learn; we cry, we learn; we lose, we learn; we regret and we learn – stepping forth onto dry land, one foot after the other, ever aspiring but never arriving at the rainbow sitting before us on the horizon. 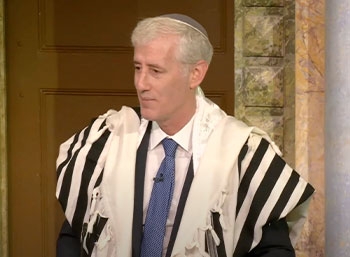 The Pleasure of Walks With No Destination 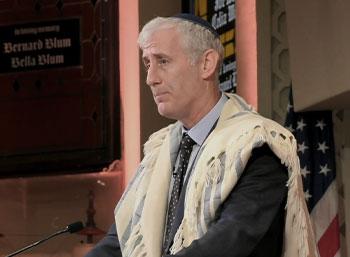 Time to Leave the Ark 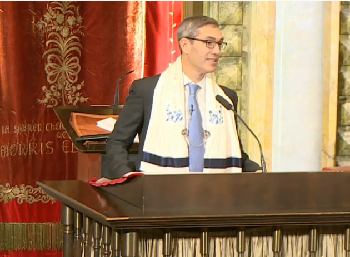 The Anxiety of Influence