As I watched President Biden take the oath of office on Wednesday, his left hand resting on the Biden family Bible, three thoughts popped into my mind in rapid succession.

First: “Wow, that is one big Bible!” I know enough to know that given the president’s Catholic faith, his Bible contains some parts that my Jewish one does not, but at five inches thick, leather-bound, and adorned with a Celtic cross, when it comes to sacred scripture –this new president does not play.

Second: “This president seems a lot more comfortable gripping a Bible than the last time we saw a president publicly hold a Bible in our nation’s capital. Despite its intimidating size, Biden’s Bible was not being used to intimidate. There was something calming, comforting, anchoring, even soothing about its heft; it signaled stability, dignity, and tradition.

Third, and predictably, I thought: “I wonder if anyone up on those Capitol steps knows what the Torah reading is this week.” I mean, how cool would it have been, if after the oath of office and the inaugural speech, Garth Brooks had flipped that big Bible open to Exodus Chapter 10 and said: “In this week’s parashah, Moses stands before Pharaoh demanding, “Let my people go that they may serve me!” 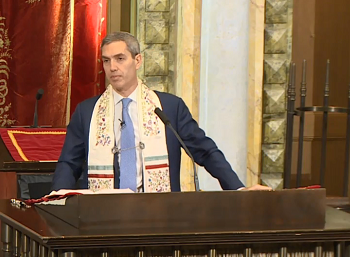 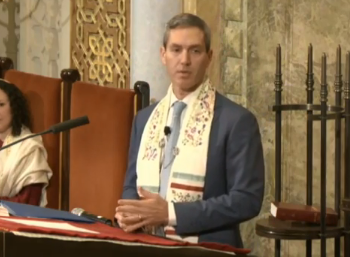 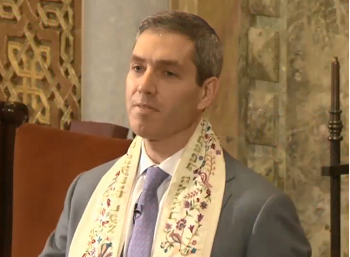