On Sunday, June 12, corresponding to 6 Sivan, the first day of Shavuot, thirteen PAS women concluded a year and a half of study and preparation by reading Torah, leading prayers, and sharing reflections as Adult B'not Mitzvah.

Many of the adult b'not mitzvah said that learning how the practice of Judaism has evolved in modern times, opening the door to women's full participation in study and ritual, gave them a sense of enfranchisement and a feeling of belonging to the Jewish people that they had never before experienced despite growing up in Jewish homes and creating Jewish homes. Other women spoke of reclaiming aspects of their heritage that they had lost and of feeling that they have now fully connected a chain that links their great-grandparents, grandparents, and parents, themselves, and their children. They also spoke of the network of friendship they have formed through studying and meeting challenges together.

As their Tikkun Olam project, the Adult Bat Mitzvah class has chosen to support the work of the Metropolitan Council on Jewish Poverty in confronting the crisis of human trafficking and speaking out on behalf of survivors. In choosing this project, the class wrote:
“The Torah says that each one of us, every individual, is created b’tzelem elohim, in the image of God. Given this gift of divine capacity, what is our responsibility to address contemporary slavery? We each have the power and the obligation to free today’s slaves with a ‘strong hand and outstretched arm.’ . . . Our action to end slavery is not only important for our own time but also for its effects on future generations. We are stepping up to shape that future!”

As an expression of appreciation to their teachers, Rabbi Neil Zuckerman and Cantor Shira Lissek, the class presented the synagogue with a print by Avner Moriah depicting the giving of the Ten Commandments at Mount Sinai.

Mazal tov and yasher koach to 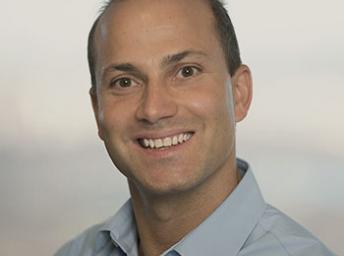 Kol Nidrei Address by Chairman of the Board Marc Becker

Cantor Rachel Brook, who was previously Cantorial Intern at PAS, has now joined the clergy as full time Cantorial Fellow. In this newly created position, she will focus on coordinating our Bnei Mitzvah program, teach music in our schools, lead services, and officiate at life cycle events.

At a festive Kabbalat Shabbat service on Friday, May 20, Park Avenue Synagogue dedicated a new siddur which will serve the needs of the coming generation of the congregation.