From Within or Without? Leadership Lessons from Esther

Every year, Park Avenue Synagogue devotes one Shabbat – this Shabbat – to celebrate, affirm, and grow our relationship with UJA-Federation, New York’s umbrella Jewish social service agency. Given our shared commitment to local Jewish life, supporting those at the margins of our New York community, and intensifying our bonds with Israel and world Jewry, the PAS relationship with UJA-Federation is longstanding, deep, and proud – all the more so this year as our past chairman Amy Bressman presently serves as president of UJA’s board. Thank you so much to our own Brett Barth and UJA’s Ariella Goldfein for your remarks this morning on the sacred work of UJA. I encourage everyone to give generously – be it time, talent, or treasure – toward supporting the mission of this critical communal organization.

Given UJA’s importance, it may be curious to you, if not downright odd, that I want to address the question of “Why support UJA?” by way of a conversation I had last Friday night with the journalist Bari Weiss, a dialogue which some of you watched. Of the topics that Bari and I covered, I want to focus on our exchange regarding Bari’s July 2020 decision to resign from The New York Times. I do not have a transcript of the evening, and now is not the time to go into the details, but the short version, as Bari wrote in her public letter of resignation, was that the “hostile work environment” of the Times was of such a nature that she could no longer be party to it. Whether it was concern for her personal well-being, an inability of the paper of record to give voice to a diversity of views, a concern that by staying she was tacitly enabling an enterprise that she could no longer conscience, or some combination of all the above – it was better, she decided, to lose what is undoubtedly the best platform in all of journalism than to keep-on-keeping-on and lose that which matters most – one’s principles. Agree or disagree with Bari’s politics, I encourage you to read all that she writes. I, for one, believe the world needs more people who speak, write, and act with the clarity, courage, and conviction of Bari Weiss.

All that said, one week later, it is not the culture war at The New York Times that I want to discuss. I have my opinions and I am sure you have yours. Rather, I want to turn to the practical question of leadership– the question of conscience, the use of power, and the tactics of effectuating change. To state it plainly: In the eventuality that a cause or institution of which we are a part falls short of our hopes and expectations, is it better to be a change agent from within, or to step outside of said institution and seek to make change from without? When the seas get rough, shall we remain the ballast by which the ship is stabilized and rights its course, or do we have both a moral and practical obligation to do just the opposite – to jump ship, to critique from the outside, to create an alternative, to do anything save stay put? Where is the most effective place to effectuate change – from the inside or outside? 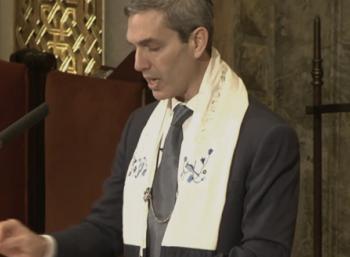 Purim in the Time of Coronavirus 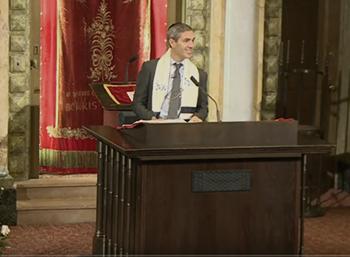 Let There Be Disruption 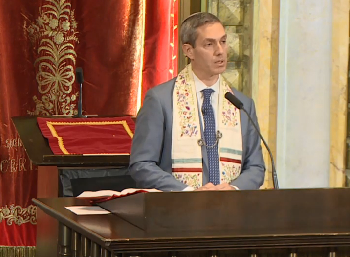 Neither Early Nor Late