Rebel Without a Cause

For those of you invested in the subtleties of sartorial identity, my late grandfather is as fascinating a case study as can be found. An Orthodox rabbi who served his congregation in Glasgow, Scotland with distinction until his death in 1972, my grandfather devoted a lifetime of energy and enthusiasm in service to the Jewish tradition and the Jewish people. Given his passions and life work, it probably comes as no surprise to you that I proudly keep a photograph of him on his pulpit on my desk at home. And yet when I look at his picture, it is the way he dressed as a rabbi that I find to be most remarkable: he is wearing what today we would consider the vestments of a Christian clergyman. A clerical collar, a bib, a black clerical robe, and gaiters – the traditional dress for priests and bishops of the Anglican Church. It wasn’t just the way he dressed that was modeled after his gentile contemporaries. Always clean-shaven, always speaking in an unaccented Queen’s English, my grandfather belonged to a generation of mid-century anglicized Orthodox rabbis. He was referred to not as “Rabbi” but as “Reverend,” and his last name, Cosgrove – which, not coincidentally, is also my own – was a change from Kozlovsky. His doctorate, a reflection of his erudition and intellectual curiosity, was a credential sought by a generation of Jews who understood the degree to be a ticket of admission into British society: the Reverend Dr. I.K. Cosgrove – a Freemason, at that. A prouder Jew you could not find. As a congregational leader, as Senior Jewish Chaplain to the Armed Forces in Scotland during World War II, my grandfather represented our people to the world and the concerns of the Jewish people were woven into every fiber of his being. And yet, were you to be sitting next to him on a bus, you would have absolutely no idea that he was Jewish, never mind a rabbi. In fact, I am told that throughout his life, people would often mistake him for a priest.

Outward facing as it may be, clothing reveals more about our inner selves than we care to admit. As many cultural anthropologists have noted, woven into our choices of dress are a host of unspoken statements, about class, geography, marital status, politics, and much else. Be it Mahatma Gandhi’s public adoption of homespun Khadi and loincloth as a rejection of western norms and a show of solidarity with the peasantry, the henna ritual that precedes a Persian wedding, or the decision to wear maize and blue on certain fall Saturdays, there is nothing incidental about these markers of identity. This knowledge is engrained in us as Jews. The tallit, the four-cornered prayer shawl with its tzitzit, the fringes commanded in the Bible to remind us of God’s mitzvot. The shtreimels, kapotas, and kittels of the Hasidic community. Putting on – or not – a yarmulke, a sheitel, or a necklace with a magen david. There was a time, not too long ago, when to sit on this bimah on the High Holidays, men were required (and back then it was only men) to wear top hats and tails. These are all markers of identity, statements of our self-understanding, and statements of how society understands us. There were times, like in sixteenth-century Poland, when Jews were required to wear distinctive clothing; and there were times, like Tsarist Russia in the 1850s, when Jews were banned from wearing distinctive clothing. Sometimes the norms are imposed on us, sometimes the norms are self-imposed: choices we make to assert who we are, either in resistance or in accommodation to the society in which we live. Either way, these are all cultural cues – signals of belonging, signals of differentiation. Are we seeking to blend in? Are we seeking to be distinct? It may not always be conscious, but it is never casual. As the song goes, we are what we wear and how we dress. 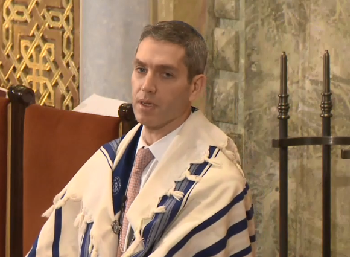 Where Do You Put Your Menorah? 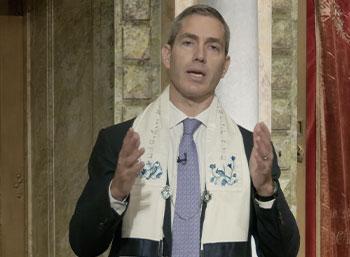 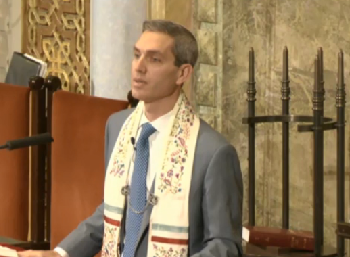