At the heart of this week’s Torah reading sits a question – ancient and still actively debated – a question whose answer is, I believe, the key to understanding not only the biblical story of Joseph, but the stories of our own lives. A question whose simple formulation belies a complexity verging on the insoluble: Why didn’t Joseph write home?

The outline of the story is familiar to many of us. Joseph was the firstborn child of Jacob’s beloved wife Rachel, who died giving birth to Joseph’s younger brother Benjamin. Jacob favored Joseph over his brothers, perhaps sensing the presence of his late wife in the countenance of his handsome son. Joseph’s technicolor dreamcoat was undoubtedly but one of Jacob’s many acts of paternal favoritism which, together with Joseph’s talebearing and his self-aggrandizing dreams, enflamed the ire of his brothers. In last week’s Torah reading, as fraternal tensions reached a boiling point, Jacob sent the seventeen-year-old Joseph to find his brothers. Upon seeing Joseph approach, they first conspired to throw him into a pit and then sold him to a caravan of traders en route to Egypt. The brothers famously covered up their misdeed by showing their father the bloodstained coat of many colors, leading Jacob to conclude that poor, poor Joseph had been devoured by a wild beast. As for Joseph, he became a servant in Potiphar’s house, but was falsely accused of misconduct and sentenced to rot in an Egyptian prison. And while I am skipping a few key details, some thirteen years later, in this week’s Torah reading, Joseph is brought to stand before Pharaoh to interpret his dreams and then becomes the second most powerful man in Egypt. Joseph leads Egypt through seven years of plenty and prepares for seven years of famine, stockpiling an abundance which we know eventually prompts his brothers to descend to Egypt in search of sustenance.

The Joseph story is the most well-crafted narrative of the entire Torah. It provides an endless number of entry points and interpretive possibilities, and we are not even halfway through it. This year, I want to turn to a question that I have never addressed: Why didn’t Joseph write home? Some two decades have passed since he was sold into servitude, and, depending on how you count, he spent nearly ten of those years in the upper echelons of the Egyptian royal court. Joseph saved his adopted country; he revamped the entire economy; he transformed Egypt into a geopolitical superpower, the producer and distributor of the very stuff on which the world depended, and yet, never . . . ever . . . not once . . . did he pick up a phone, write a letter, send an emissary, email, or text message to see how his old man was faring in the old country. 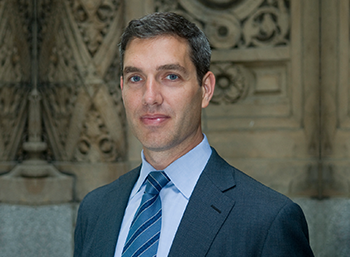 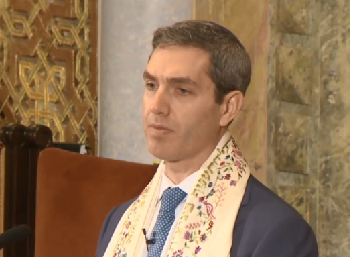