It is, and will forever be, a humbling proposition to serve as a congregational rabbi in the wake of the life and legacy of Rabbi Harold Schulweis, of blessed memory. Rabbi Schulweis, the senior rabbi of Valley Beth Shalom in Southern California, passed away last month at age 89. I cannot claim to have had a close relationship with him. I recall many Shabbat mornings in the hallways of his synagogue when I was a child on the bar mitzvah circuit, and when I was a rabbinical student at the University of Judaism, my classmates and I were always captivated by his occasional public lectures. If you have never heard of Rabbi Schulweis, his stature is best summed up in a tribute given by Rabbi Uri Herscher, who reflected:

There was a prophetic element to Schulweis’s career as a congregational rabbi. Much of what we take for granted in synagogue life was actually pioneered by him. Long before the PAS “Shabbat Supper Club,” Schulweis introduced Chavurot into his congregation – “small groups of families to share religious life and family celebrations.” It was Schulweis who long ago innovated with a “para-rabbinic” initiative whereby synagogue members were empowered and trained to support each other in times of need – the model for our own Mercaz Hesed/Caring Network and similar initiatives of so many other congregations. Decades ago, Schulweis was already pioneering inclusion efforts to welcome children with differentiated needs and their families – an effort that we are crafting in earnest at Park Avenue Synagogue today. Long before our own efforts to reach out to would-be Jews-by-Choice, Schulweis was leading the charge. Nearly two decades before the leadership at PAS announced its decision to embrace and officiate at the wedding ceremonies of same-sex couples, Rabbi Schulweis was one of the first Conservative rabbis to openly welcome gay and lesbian Jews into the synagogue. If, as the expression goes, imitation is the sincerest form of flattery, then it is not an understatement to say that a good deal of North American congregational life, our own included, is a collective homage to the vision of this one rabbi.

Were it the case that Rabbi Schulweis did all these things, leading the largest Conservative congregation in the Western United States for 45 years, we could – as the song goes – say Dayenu, it would be enough. But as his obituary recounts, he did so much more. In the 1960s, having heard the story of a Jew rescued from the Nazis by a German Christian, Schulweis founded what would become the Jewish Foundation for the Righteous – recognizing, celebrating, and supporting thousands of Christians who rescued Jews during the Holocaust. Many of us were in attendance last month at the packed Waldorf Astoria Ballroom at JFR’s annual dinner, hosted by Harold’s cousin, our own Harvey Schulweis. Or what about MAZON, the Jewish Response to Hunger,, an organization that asks families to dedicate three percent of the cost of weddings or bnei mitzvah celebrations to feed the hungry? That, too, was Schulweis’s idea. Some of you, I am sure, support the sacred work of Jewish World Watch, the largest grassroots anti-genocide organization in the world. Again, an initiative of Schulweis, who sought to make the Jewish post-Holocaust cri de coeur “Never Again” into a programmatic demand that the Jewish community never stand idly by in the face of contemporary genocides in Darfur, Congo, and elsewhere. (T. Tugend, Schulweis Obituary, Jewish Journal of Los Angeles)

As a gadol ha-dor, a giant of his generation, Rabbi Schulweis will undoubtedly be the subject of articles, books and dissertations in the future. It would be presumptuous, on the verge of unseemly, to try to distill such a storied career as his into a single sermon. Rather, in light of his passing, this morning I would like to focus on one aspect of this morning’s Torah reading that I believe provides a critical key to unlocking his theological and professional vision. 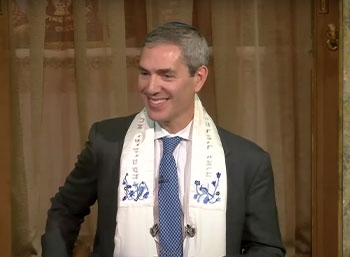 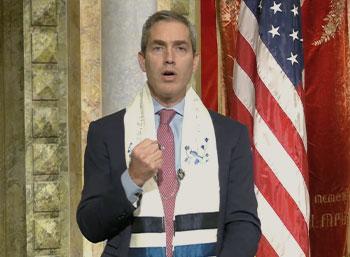 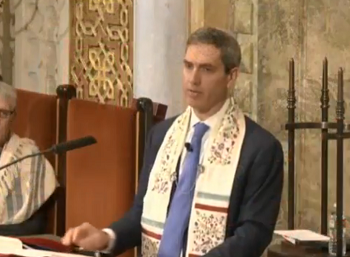