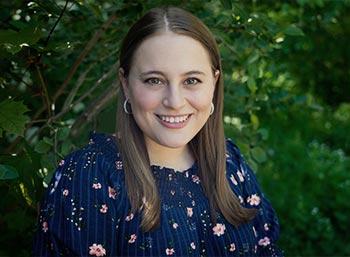 After college, Sydney was thrilled to return to her native New York and serve as the cantorial soloist at West End Temple in Rockaway Park, and the Membership Associate at Temple Emanu-El in New York City. Sydney spent her first year of cantorial school living and studying in Jerusalem, and then served for two years as the Student Cantor at Temple Shaaray Tefila on the Upper East Side. Sydney is a JDC Weitzman Fellow for Global Jewish Leadership and a UJA Federation Graduate Fellow.

Sydney and her fiancé, Noah, are thrilled to be part of the PAS community.