A HISTORY TO BE RECKONED WITH 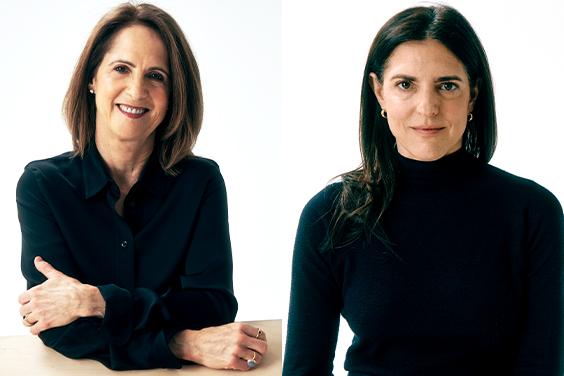 U.S. and the Holocaust

Ken Burns, Lynn Novick, and Sarah Botstein’s three-part, six-hour documentary series, The U.S. and The Holocaust, examines how the American people and our leaders responded to one of the greatest humanitarian disasters of the 20th century, and how this catastrophe challenged our identity as a nation of immigrants and the very ideals of our democracy. Directors Sarah Botstein and Lynn Novick will share stories from the making of the film and the importance of ongoing study of the Holocaust.

This event is presented in partnership with TOLI: The Olga Lengyel Institute for Holocaust Studies and Human Rights.

Sarah Botstein has produced some of the most popular and acclaimed documentaries on PBS. In collaboration with directors Ken Burns and Lynn Novick, her work includes The Vietnam War, College Behind Bars, and Hemingway. Currently, she is producing an epic six-part series on the American Revolution and a project on Lyndon Johnson’s life and Presidency. In addition to the television broadcasts, Botstein works on digital and education initiatives, in collaboration with PBS Learning Media and WETA-TV. The U.S. and the Holocaust is Botstein’s directorial debut.

Lynn Novick has been making landmark documentary films about American life, culture, and history for more than 30 years. One of the most respected documentary filmmakers and story tellers in America, Novick herself has received Emmy, Peabody and Alfred I. duPont Columbia Awards. In addition to her debut as solo director, College Behind Bars, Novick’s next project is a multi-part PBS series on the history of crime and punishment in America, slated for release in 2026. Following The U.S. and the Holocaust, she is collaborating with Burns, Botstein and writer Geoffrey C. Ward on a six-hour series on the presidency of Lyndon B. Johnson.