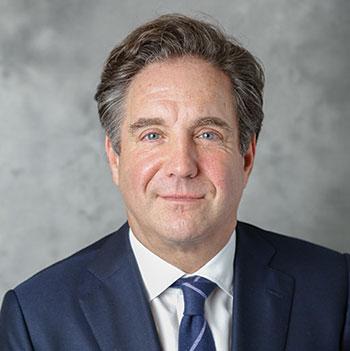 Craig Solomon has been leading the expansion of Park Avenue Synagogue’s campus for close to seven years, from the moment that it became apparent that the congregation had outgrown its space.

Members since 1989, Craig and Diane joined Park Avenue Synagogue as a young couple because they were looking for a Conservative congregation similar to the one where Craig grew up in Massachusetts. They raised their children here: daughter Marissa celebrated her Bat Mitzvah, graduated from our high school, and was married by Rabbi Cosgrove and Cantor Schwartz. She and her husband Jake are now members, too, and they look forward to soon welcoming their first child into the PAS community. Craig and Diane’s son Evan also attended PAS religious school and became a Bar Mitzvah here.

Craig had decided to engage more fully with Jewish philanthropy in general and with the PAS community, so he readily said yes when he was asked to assist in evaluating space alternatives for the congregation nearly seven years ago. His work on that project led to his becoming an Advisory Council member and then a member of the Board of Directors. Trained as a real estate attorney, Craig was co-founder and CEO of real estate private equity firm Square Mile Capital. He has broad expertise in all facets of the real estate arena. His focus at PAS has continued to be on  space projects. As co-chair of the Space Committee, he led the purchase of the 89th Street building and then went on to oversee the gut renovation of the building that was dedicated in October 2017 as the Eli M. Black Lifelong Learning Center. Not one to rest on his laurels, Craig also oversaw the renovation of the 87th Street building, culminating in the Rededication celebration in December 2019.

Craig deeply appreciates that he could be part of a once-in-a-generation reimagining of the PAS space. He is proud of what PAS has achieved in creating a vibrant campus with the Eli M. Black Lifelong Learning Center and the transformation of the 87th Street building.