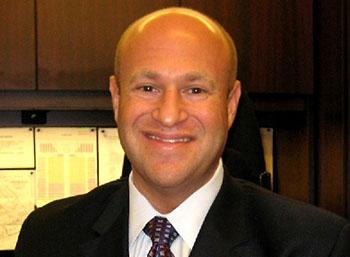 Beryl Chernov has served as the Executive Director of the Park Avenue Synagogue since July 2002. Previously, he served as the Temple Administrator for North Shore Synagogue, a large Reform congregation on Long Island. Beryl was also the founding director of the Weinberger Jewish Family Center at the Sid Jacobson JCC (Roslyn, NY) and the Director of Education and Youth Programming at the Fair Lawn Jewish Center (Fair Lawn, NJ).

Beryl received his Bachelor’s degree from the Jewish Theological Seminary in Jewish Philosophy and a Master’s degree in School Administration from Hofstra University.

Beryl actively serves on many boards, and is a frequent speaker and consultant to organizations that enhance Jewish life or causes. Some of those organizations include the Board of Governors of the North American Association of Synagogue Executives, the Metropolitan Association of Synagogue Executives (where he served as a former President), the Steering Committee of Camp Ramah Nyack, the Coordinating Council for UJA/Federation Synergy, and the President's Parent Council of Goucher College.

Beryl is the proud parent of Sara, Nora, and Abby.