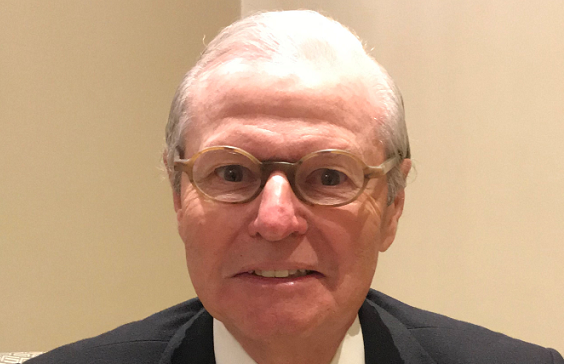 Synagogue music has been central to Mel Schweitzer’s life since he was a young boy. Mel grew up in the Bronx, where his family belonged to a prominent Conservative synagogue, Temple Adath Israel. The congregation had a major emphasis on liturgical music, with a concert mixed choir, an organ, and a succession of distinguished cantors. When one of those cantors heard 9-year-old Mel sing in Hebrew class, he picked Mel out to become a boy cantorial soloist. Outfitted in a white satin hat and robe, Mel sang at weddings all over the city and sang solos and duets and joined the concert choir at some Shabbat services and at all High Holy Day services. That ended when Mel’s voice began to change after about five years, but Mel attended the High School of Music & Art and thought seriously of studying for the cantorate. Instead he went to NYU for a liberal arts degree and then on to Fordham University School of Law.

As a young partner in a Manhattan firm 41 years ago, Mel looked for a Conservative congregation like the one where he had grown up. A friend invited him to Park Avenue Synagogue for Rosh Hashanah to hear the new young cantor, David Lefkowitz. Mel came, found what he was looking for, and joined.

Mel assisted Cantor Lefkowitz with his work on the compositions of the famed Choir Master of the Brody Synagogue in Odessa, David Nowakowsky. Mel drafted the contracts that the cantor negotiated with Nowakowsky’s family to bring all of Nowakowsky’s manuscripts to PAS, where the cantor edited and arranged the music and incorporated it into the liturgy at PAS. With Cantor Lefkowitz’s encouragement, Mel learned the entire High Holy Day liturgy and sang tenor in the PAS concert choir on Rosh Hashanah and Yom Kippur.

All the while, Mel pursued his legal career, which included heavy involvement in New York State and national politics. As a result of his work, he was at the White House for the Egypt-Israel Peace Treaty signing and was seated at the celebratory dinner with Yitzhak and Leah Rabin.

In 1984, Mel acted as Counsel for Geraldine Ferraro’s Vice Presidential campaign and flew around the country with her as she campaigned as the first woman on a national party ticket. In 1993, Governor Mario Cuomo appointed Mel to the Board of Commissioners of the Port Authority of NY and NJ. Later, Governor George Pataki appointed Mel to be a Judge of the NY State Court of Claims. Still later, Mel became a Supreme Court Justice for the highly prestigious Commercial Division in Manhattan. Mel sat on the bench for 10 years, until he reached the mandatory retirement age of 70. He now conducts a part-time practice for an organization known as NAM (National Arbitration and Mediation).

Of all Mel’s accomplishments, he is most proud of his role in discovering Cantor Azi Schwartz and persuading him to come to PAS, as well as of the growth of the PAS Music Center under Azi’s guidance during the past five years, when Mel served as a Vice President of the congregation and Chair of the Music Committee. Mel had heard Azi sing when he was Assistant Cantor at Park East Synagogue and had thought to himself that this young man could be a worthy successor to Cantor Lefkowitz. When Cantor Lefkowitz announced his retirement, Mel tracked Azi down on the internet, gave his CDs to the cantorial search committee, and arranged for him to meet Rabbi Cosgrove. Ultimately, Azi auditioned for the High Holy Days, and the rest is history.