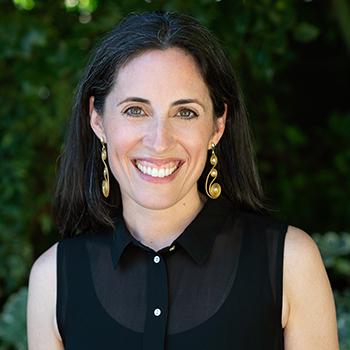 Cantor Rachel Brook joined the Park Avenue Synagogue community in July 2015. Prior to her arrival at PAS, Rachel worked as the Music Educator for Youth and Family at B’nai Jeshurun; she is featured, along with several of her compositions, on their Young Family album, Bim Bam at BJ. Previously, she served as the Hazzan Sheni at Temple Beth Ami in Rockville, Maryland and as the High Holy Day Cantor at Temple Israel of Greater Miami.

A devotee of Jewish choral music, Cantor Brook has served as the conductor of Shir Chadash: The Brooklyn Jewish Community Chorus and of the Westchester chapter of HaZamir: The International Jewish High School Choir. She has been on the faculty of the North American Jewish Choral Festival as Conductor of the Youth Choir. She has been a service leader and educator at synagogues throughout the NYC area and at the Conservative Yeshiva in Jerusalem, where she curated and taught the Yeshiva’s first course on Building Singing Communities.

Rachel Brook has sung at Carnegie Hall, Merkin Hall and Jazz at Lincoln Center. She has performed with the Zamir Chorale, recorded with Kirtan Rabbi, and sung opera and concert roles throughout the USA, Italy, and Bulgaria.

Cantor Brook is married to Matt Holman. Together with their two children, they are proud to be part of the Park Avenue community.