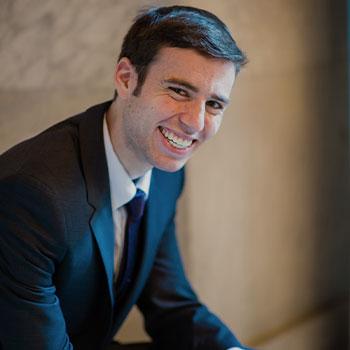 Joshua Rosenberg grew up in Bethesda, MD and attended the Eastman School of Music and earned a Master’s degree from Boston University in Music Education. While working as an elementary general music teacher in Montgomery County Public Schools (MD), he also served as cantorial soloist for Congregation Or Chadash (Damascus, MD), songleader for the DCJCC, and music specialist for Temple Rodef Shalom (Falls Church, VA). From 2016-17, he lived in Jerusalem, where he studied Hebrew, performed with the Jerusalem Academy Chamber Choir, and served as assistant director of the Jerusalem Youth Chorus.

Since August 2017, Josh has brought his love of music-making and his passion for teaching to PAS kids of all ages, serving as the primary music educator, songleader, and prayer leader for Penn Family Early Childhood Center, Young Family Education, and Congregational School, as well as the director of the PAS Youth Choir, Teen Rock Band, and Teen A Cappella ensembles.

Both Josh and his wife Vanessa Harper have enjoyed becoming a part of the warm and welcoming PAS community.