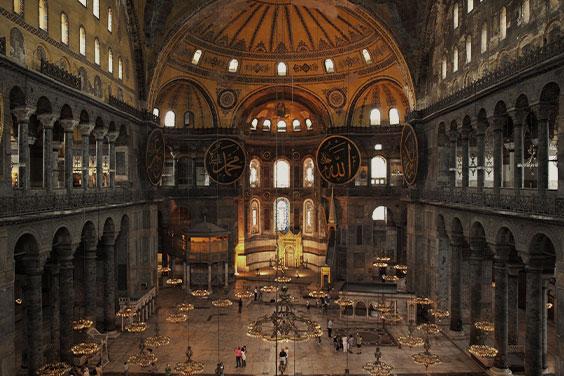 Two Continents, One City: A Tour of Instanbul

From Hagia Sophia to the Blue Mosque, and from the Bosphorus to Istiklal Street, Istanbul is a city of many faces. What other city do you know that has been the capital of both a Christian and a Muslim empire?

While Istanbul is no longer the capital of Turkey, it is still the country’s beating heart. Home to over 15 million people who go to work on one continent (Europe) and live on another (Asia), it’s a city that blends cultures, languages, and sensibilities in unexpected ways. In this tour, we will visit historical sites and explore daily life in this uniquely fascinating city.

Michal Granot grew up in Even-Yehuda, a small agricultural Moshava 20 minutes north of Tel-Aviv, and currently lives in Jerusalem. Her romance with guiding started at the age of 16, when she served as a guide in a youth hiking movement. It continued as she joined the IDF and became a military guide. At the age of 24, she started guiding Jeep trips in the mountains of Turkey, and after guiding in several countries, she decided it was time to get a proper guiding education in the most fascinating country she knew: Israel. Michal holds a bachelor’s degree in Islamic and Middle Eastern history from Hebrew University and a master’s degree in the Land of Israel from Haifa University. Her academic knowledge is woven into her tours in the area she considers the most exciting in the world: the Middle East. Granot speaks Hebrew, English, French, Turkish, Spanish, and a bit of Arabic. When not guiding groups, she guides her son Yonatan and introduces him to flowers, trees, and other wonders of this world.

We are happy to offer closed captioning on our Zoom programs. To learn more about how to use the feature, please visit the Inclusion page.